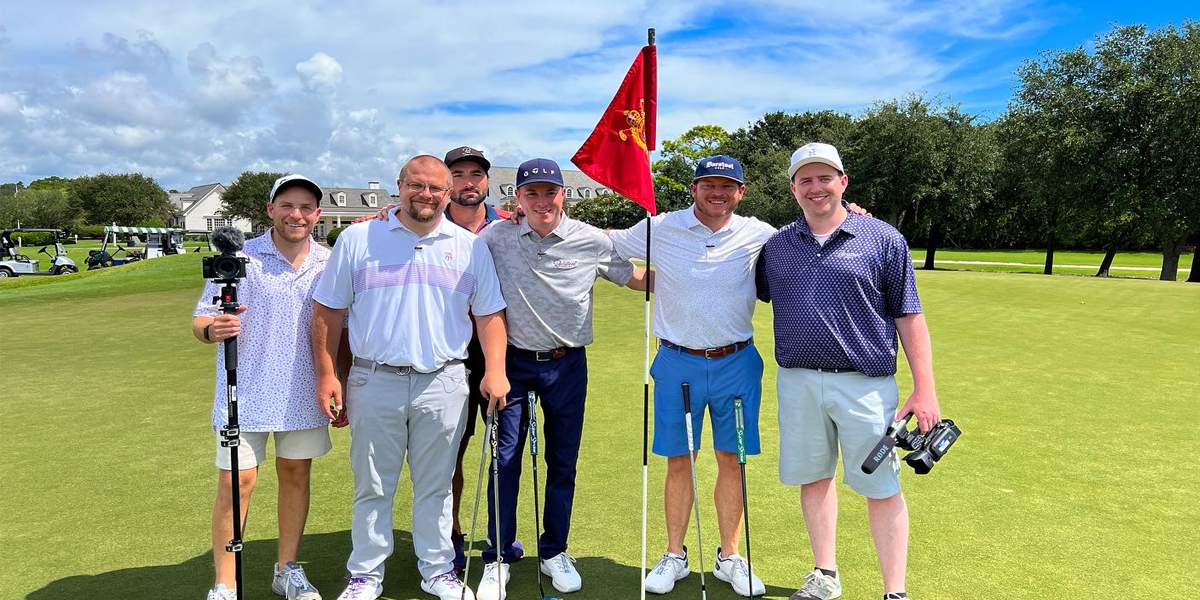 Barstool’s Fore Play podcast has emerged as one of the most influential voices in golf media and the rollicking crew – Riggs, Trent, Frankie and Danny – made a trip to Myrtle Beach earlier this year.

The quartet filmed every shot of their Myrtle Beach golf vacation and produced a four-part YouTube series, detailing their matches and good times on and off the course. Pine Lakes hosted the opening episode as Frankie, Trent and Riggs enjoyed the course’s rich history while playing an epic game of wolf. Myrtle Beach’s first course was the ideal host, setting the stage for a match that got a little heated as the day went along. If this is your introduction to the Fore Play crew, it won’t take long to understand their popularity, especially when they head to the Myrtle Beach Pelicans stadium for a home run derby.

On Day 2, newcomer Dan Rappaport, who missed the opening round due to a wedding, joined the crew for his maiden travel series. Playing in front of the camera for the first time, Danny, who was paired with Riggs, battled nerves at True Blue, which made for even more entertaining viewing. Frankie and Trent, the two highest handicappers, entered the day as underdogs but they play the games for a reason.

Pawleys Plantation, a Jack Nicklaus design, awaited on Day 3. Fore Play dubbed this encounter the most intense in the show’s history and it wasn’t hard to figure out why. A taut battle went to the wire and was largely decided on the miss of a very short birdie putt, which led to both anguish and laughter for the beneficiaries.

On the final day, TPC hosted and we saw two performances on opposite ends of the spectrum. Teeing it up on one of Myrtle Beach’s most challenging tracks, Danny was feeling it, playing one of the best rounds in the history of the show. Conversely, Trent, like many who have burned the candle at both ends on a Myrtle Beach golf trip, ran out of gas. It was entertaining to watch both.

The Barstool team reveled in the full Myrtle Beach golf experience and that’s at the heart of what makes the videos so entertaining.